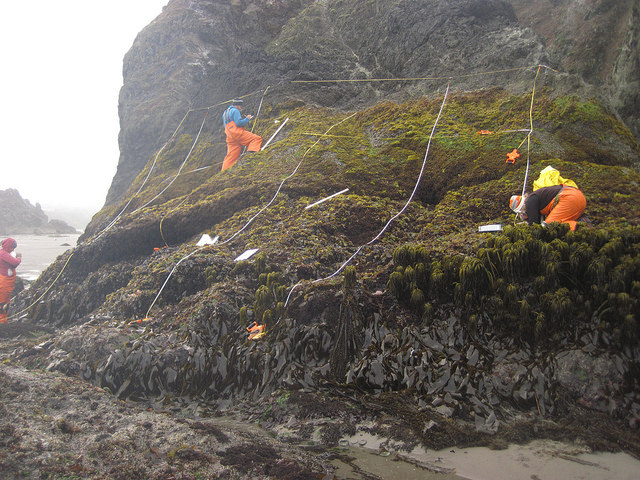 Because rocky intertidal communities are highly diverse and subject to constant change, monitoring of these areas must be done in a well-designed, systematic manner, over long periods of time. Our monitoring program began with the goal of developing an approach that would enable researchers to collect statistically sound data using methods that were simple enough to maintain over the long-term, using minimal resources, and has grown into a consortium of groups that now monitor sites along the entire Pacific Coast of North America, from Alaska to Mexico, and several East Coast sites in Maine and New Hampshire.

Methods of data collection include fixed plots that are sampled across the years. We conduct two types of surveys: 1) "Long-term surveys", conducted annually, that measure the abundance of key species; and 2) Comprehensive biodiversity surveys, conducted every 3-5 years, to document species richness and changes in the distribution of species within and among sites over time. 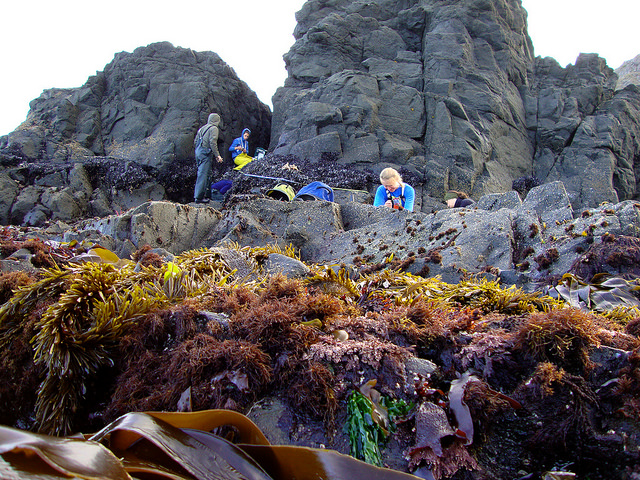 Established in 1999, this program provides annual abundances of all invertebrate and algal species at sites, allowing annual estimates of biodiversity and species richness and insights into trends over time and in response to environmental changes. Methods of data collection include quadrat surveys that are randomly distributed at a site. Sites along the Oregon and California coasts were sampled annually through 2004.  In 2006, this program became focused on nearly a dozen sites along the Oregon and Northern California coastlines.

The Spatially-Nested Biodiversity Surveys provide detailed community information every year, which allows researchers to separate long-term trends from annual variations. This monitoring approach is based largely on surveys that quantify the percent cover and distribution of algae and density of invertebrates that constitute these communities, and allows us to quantify both the patterns of abundance of targeted species as well as characterize changes in the communities they reside in. The random design allows the sampling to represent the entire site.

All surveys are conducted through Dr. Bruce Menge's lab at Oregon State University. 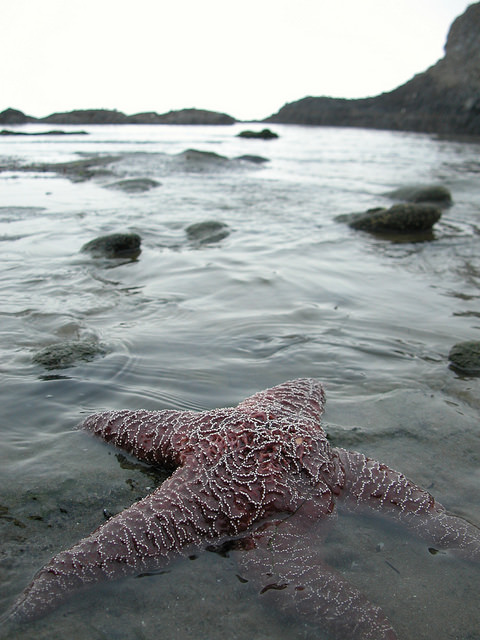 In 2013 and 2014, an unprecedented die-off of Pisaster ochraceous, the ochre seastar, occurred across the entire West Coast of the US. The ochre seastar is a keystone species, important for maintaining the ecological balance of the intertidal community. This die-off was determined to be caused by a virus, called a densovirus, normally present at low levels in the environment; but for reasons unknown, it increased in prevalence, causing declines in seastar populations coastwide. Due to PISCO's ongoing rocky shores biodiversity monitoring, scientists were able to document the outbreak, known as Sea Star Wasting Syndrome (SSWS), and are able to continue to monitor the seastars and the intertidal community to determine how the die-off affects the recovery of the system. In addition to being ecologically important, the ochre seastar is also a colorful and conspicuous organism common in tidepools visited by the public. To engage interested citizens, PISCO developed a citizen science program that allows anyone visiting the rocky intertidal to collect data on SSWS. For more information on SSWS and the citizen science program, and to download sampling protocols, please visit www.seastarwasting.org.